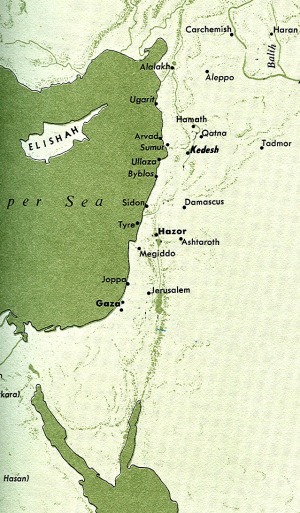 It is not without some trepidation that we announce, after a year-long hiatus due to the events of the past year, the return of our regular series of public talks.

For this inaugural event of our Fall Programme, it seemed apt to pause and reflect on natural catastrophes from the vantage point of deep time, to draw attention to the human ability to carve meaning, and resilience, out of cataclysms.

To do so, we have invited Nick Wyatt to address the Society on November 5th, 2021. Professor Wyatt, who is Emeritus Professor of Ancient Near Eastern Religions at the University of Edinburgh, will focus on a cycle of poems dating back to the second millennium BC in his public lecture The Archaeology of a Poem: the Baal Myths from Ugarit.

Professor Wyatt’s talk will build on a number of studies that have attempted to anchor individual myths in specific historical contexts, such as The Iliad as a memory of a historical Trojan war, or the Vedic myths of Indra in the Aryan migrations into India. Of particular interest to him are those myths which appear to preserve memories of significant geophysical events, such as ancient Near Eastern flood traditions echoing the sixth millennium Black Sea inundation.

For this TCS Talk, Professor Wyatt will will argue that the so-called Baal Cycle of myths from Ugarit, of which we can identify the author, a priest called Ilimilku, and which can be dated to ca 1210 BC, is a poetic account of a tsunami, which caused the destruction of the temple of Baal in Ugarit in ca 1250 BC, and of the subsequent reconstruction and reinauguration of the temple cult. The tsunami and its aftermath are the theme of the combat between Baal, the storm god and patron of the city, and Yam, the sea god.

A nice sting in the tail/tale, showing how the interplay of natural and political discourses goes a long way in human cultures, was the death of the reigning king, Niqmaddu IV, which happened in 1210 during the course of composition of the poems. This was the occasion for the composition of the final episodes of the Cycle, Baal’s encounter with, and eventual triumph over, Mot, the god of death.