Welcome to the website of the Traditional Cosmology Society.

Founded by Emily Lyle in 1984, the Society is a scholarly association concerned with the study of myth, religion and cosmology across cultural and disciplinary boundaries, with the goal of increasing our understanding of world-views in the past and the present.

It is not without some trepidation that we announce, after a year-long hiatus due to the events of the past year, the return of our regular series of public talks.

For this inaugural event of our Fall Programme, it seemed apt to pause and reflect on natural catastrophes from the vantage point of deep time, to draw attention to the human ability to carve meaning, and resilience, out of cataclysms.

To do so, we have invited Nick Wyatt to address the Society on November 5th, 2021. Professor Wyatt, who is Emeritus Professor of Ancient Near Eastern Religions at the University of Edinburgh, will focus on a cycle of poems dating back to the second millennium BC in his public lecture The Archaeology of a Poem: the Baal Myths from Ugarit.

Professor Wyatt’s talk will build on a number of studies that have attempted to anchor individual myths in specific historical contexts, such as The Iliad as a memory of a historical Trojan war, or the Vedic myths of Indra in the Aryan migrations into India. Of particular interest to him are those myths which appear to preserve memories of significant geophysical events, such as ancient Near Eastern flood traditions echoing the sixth millennium Black Sea inundation.

For this TCS Talk, Professor Wyatt will will argue that the so-called Baal Cycle of myths from Ugarit, of which we can identify the author, a priest called Ilimilku, and which can be dated to ca 1210 BC, is a poetic account of a tsunami, which caused the destruction of the temple of Baal in Ugarit in ca 1250 BC, and of the subsequent reconstruction and reinauguration of the temple cult. The tsunami and its aftermath are the theme of the combat between Baal, the storm god and patron of the city, and Yam, the sea god.

A nice sting in the tail/tale, showing how the interplay of natural and political discourses goes a long way in human cultures, was the death of the reigning king, Niqmaddu IV, which happened in 1210 during the course of composition of the poems. This was the occasion for the composition of the final episodes of the Cycle, Baal’s encounter with, and eventual triumph over, Mot, the god of death.

END_OF_DOCUMENT_TOKEN_TO_BE_REPLACED

A message from TCS President Louise Milne, concerning the upcoming Annual Conference of the International Association for Comparative Mythology, which this year will take place online, August 23rd to August 27th.

I am writing to tell you about the 14th Annual Conference on Comparative Mythology, titled Death and Migration in World Mythology, which will be held online via Zoom from August 23-27. It will be an excellent conference full of interesting and stimulating ideas.

The International Association for Comparative Mythology is the sister organisation of the Traditional Cosmology Society and both I, as current President, and Emily Lyle, as President Emeritus of the TCS, will be presenting papers at this conference. Additionally, among the people giving papers are also those who have presented at TCS events in the past. Please see the program for dates and times.

To participate as an audience member, ask questions, and contribute to the discussion, please register using this form.

If  you cannot pay the conference fee online or are unable to pay due to financial hardship and still want to participate in the conference, please write to this address: iacm.admin@gmail.com.

Please note that a Zoom link to the conference sessions will only be sent to those who register.

It is a coincidence, though one that is certainly rather apt, that the second gathering of the Traditional Cosmology Society for this Spring season should remind us of the deeply-rooted links between the British Islands and the European continent. In particular, the new TCS talk will explore a fascinating link between the culture of classical Greece and Early Irish literature. Daniel Watson, O’Donovan Scholar at the Dublin Institute for Advanced Studies, will address the Society on February 28th, in a public lecture titled Re-Embodiment in Early Irish Literature: The Case of Mongán Mac Fiachnai.

The prevalence of characters that have the habit of passing from one form of embodiment to another could be said to be one of the more characteristic features of medieval Irish literature generally. In his lecture, Dr Watson will discuss how this evidence has led some scholars to conclude that medieval Irish literature bears witness to beliefs that are similar to the Pythagorean doctrine of metempsychosis. This conclusion, in turn, seems to chime with the attribution of Pythagorean doctrines to Gallic druids by Classical authors.

In trying to establish the veracity and the extent of such conclusion, Dr Watson will review the extant evidence, thus filling an important gap in scholarship. Such a comparison promises to enlarge our understanding of both the Pythagorean and Druidic traditions, however similar or different they are found to be. In this endeavour, Dr Watson will focus on the portrayal on Mongán mac Fiachani in the texts associated with Cín Domma Snechtai, which seem to provide the strongest grounds for equating equating Pythagorean metempsychosis with Early Irish stories of rebirth.

END_OF_DOCUMENT_TOKEN_TO_BE_REPLACED

As January rolls towards its end, the Traditional Cosmology Society returns from the winter break with a new, and already rich season of talks. First to the dances is James Parkhouse, an Oxford postgraduate student who, on Friday 31th, will deliver a lecture, excellently titled Those Magnificent Men in Their Flying Machines, to TCS members as well as members of the general public:

Mr Parkhouse is a a fourth-year doctoral student in the English Faculty at the University of Oxford. His doctoral research project is provisionally entitled ‘Preliterary Classical Influences on Early Germanic Heroic Legends’. He completed his undergraduate degree in Classics at Oxford in 2015, before ‘going medieval’. His wider research interests focus on Old Norse mythological and heroic poetry; the nature of Old Norse oral traditions and performance contexts; and the extent of Classical learning in medieval north-western Europe.

In his talk, Mr Parkhouse will take into account the myth of the revenge and escape of the master smith Wayland, attested in medieval literature and iconography from England, Scandinavia and Germany. The myth has been noted for its striking resemblance to the Graeco-Roman myth of Daedalus, the architect of the Cretan Labyrinth, who, like Wayland, escapes from captivity by building a set of mechanical wings. Indeed, the similarity was not lost on medieval Icelanders, who translated the term ‘labyrinth’ as Vǫlundarhús (House of Wayland) in vernacular adaptations of Classical texts.

The question of a genealogical relationship between the two stories has been hotly debated, and details of the date and means of horizontal transmission remain elusive. Mr Parkhouse, however, proposes to sidestep the issue of genealogy, to focus instead on how the two myths may be read against each other, from an historicist and culturalist perspective. In his talk to the Society, therefore, he will focus on the presentation of the respective myths in the Roman poet Ovid’s Metamorphoses VIII (c. 8 CE) and the Old Norse Eddic poem Vǫlundarkviða (c. 900 CE), situating each text in its own broader cultural context before considering the theme of dynastic collapse which is common to both traditions.

END_OF_DOCUMENT_TOKEN_TO_BE_REPLACED 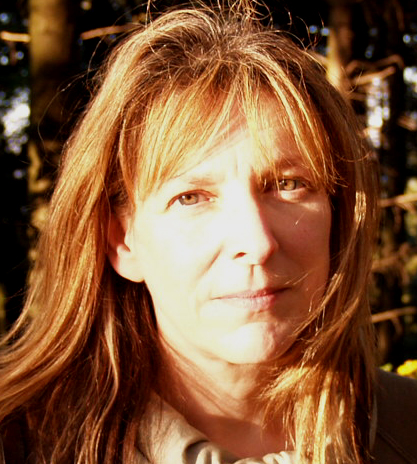 For our third talk of the season, the Traditional Cosmology Society presents a lecture by our own Louise Shona Milne, entitled Metamorphosis, Myth, Dream-cultures and Desire: The case of the Water-woman.

In addition to her current position as President of the Traditional Cosmology Society, Dr Milne is Lecturer in Visual Culture at the Edinburgh School Art and Associate Professor of Film at Edinburgh Napier University. She is also a writer, critic, film-maker and visual anthropologist, and a leading scholar in the history of dreams and nightmares. She is currently working on an experimental film trilogy shot on Super 8 film, as well as on a number of documentary projects including, most recently, Tarkovsky’s Andrei Rublev: A Journey (2018).

In her TCS lecture, Dr Milne will address the imagery and mythos of the water-woman, a dense figure in dream-culture across different traditions, and one marked by the transformative power of desire (love, lust, fear, grief, hatred, vengeance). The basic image of a female spirit attached to a place of water has endured for millennia in Western literature, legend and the visual arts, but this image can and has taken an enormous variety of forms, from ideal female nudes to monstrous hybrids. Supernatural water-women in myth and folk culture –the mermaids, nymphs and nereids of river, spring and cave –are marked as daimonic by their double nature: they shift from one form to another. Mortal women in extremity may also undergo transformation into watery forms, as punishment or reward; when their situation matches certain conditions, metamorphosis is the mythic substitute for death.

Dr Milne argues that traditions concerning metamorphic water-women are mobilized, historically, to express changing cultural protocols about how desire works and how it should be harnessed. As the latter are redrawn and over time –notably under pressure from Christian authorities –people can be seen to adapt and alter water nymph visualization, as well as visualization of desire-driven metamorphosis in general: a process which we can follow in dreams, texts and art. The inexhaustible potential of the water-woman for every kind of metamorphosis propels an evolving repertoire of forms in art and literature. Arguably, moments of concentrated collective attention to this figure (e.g. in the permanent artistic media) signal that changes in the protocols of desire are underway.